This was the most adorable Spanish phrase I kept hearing during my time teaching at La Escualita last week! Hallelujah – something I could actually understand.

Even though this may have been the extent of our actual verbal communication during these classes, it didn’t stop us from having some of my most memorable sewing classes of my life.

Background
I was lucky enough to get to teach these sewing classes at La Escualita in Macario Gomez, Mexico because I tagged along with my friend Emily,  who is  public school teacher in Jersey City. She’s a fluent spanish speaker and always makes it a point to regularly use her school breaks to volunteer teach kids in other part of the world. For this trip, I was lucky enough to get invited along. I have a feeling this won’t be the last I’ll see of these kids!

Emily became friendly with Erika, the person who started this program in Mexico when she moved to Mexico permanently (from Jersey City) about 5 years ago. Emily has been a guest volunteer teacher at this school before.

Erika (along with her husband Chito) is the creator & inn keeper at Casa Selva Orquideas. Erika started this after school program when she noticed that the children in her town of Macario Gomez didn’t have a lot of things to do after their regular school day . She started this program to give the kids somewhere to go and something to do after their regular school day ends, around 2:30pm.

But it’s been challenging for Erika to keep the school because she does not get funding to have the program, no does she get paid or have money to pay the other teachers. This after school program runs 4 days per week for about 3 hours a day.

Erika has been devoted to making the learning in the after school program a lot more hands on than her students are used to in their regular school. They focus on art & science, and she tries to teach them to speak English, as well as how to be kind & helpful members of their community.

Since I was traveling by plane to get to Mexico, SEW unfortunately I couldn’t bring sewing machines to Mexico.  The game plan was to teach all hand sewing. I’ll be honest, I couldn’t have been happier about this!  I feel like I definitely don’t teach enough hand sewing in my classes locally and it’s a much needed and really fun to do activity.

I created an Amazon Wishlist of all the supplies we’d need for classes while I was there. I also got more than we’d be using for classes so the kids could practice their new skill and do more sewing long after the trip! I packed an entire suitcase just of sewing supplies for La Escuatlita including tons of felt, embroidery thread, large eyed needles, some cute little buttons and embroidery hoops.

I find it’s much easier to teach kids hand sewing by starting the project on an embroidery hoop. 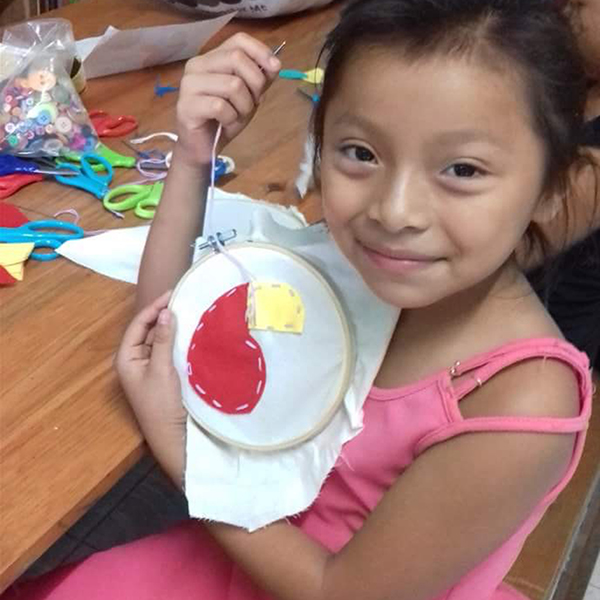 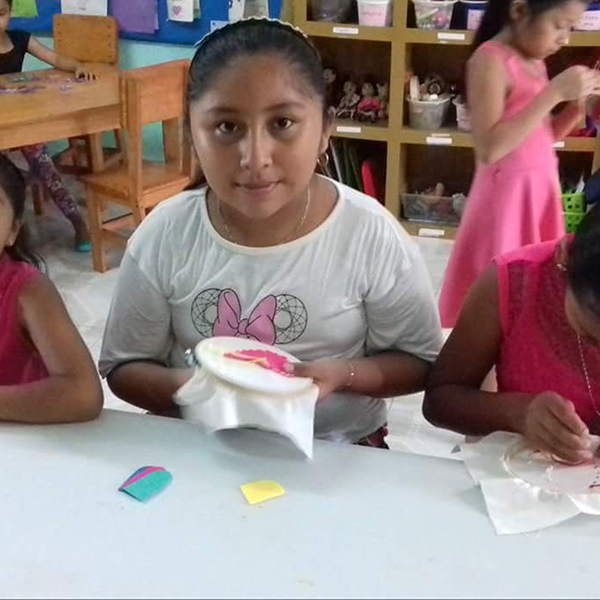 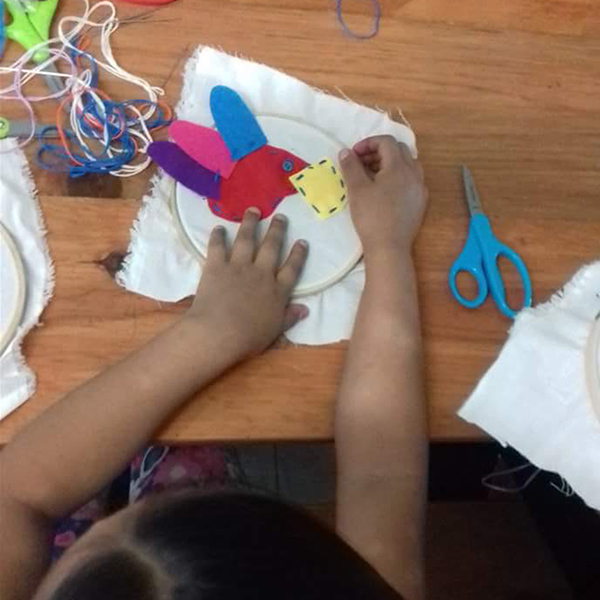 It allows a solid foundation for sewing the base of the project, as well as all the details. Then once that part is finisehd, we cut the felt sewing project from the muslin that was on the hoop. Then because we were making these into stuffed animals, the last step is sewing the back on. By this point in the class, it’s much easier for the kids to sew the front to the back without the use of the hoop.

The four sewing projects we worked on in the four sewing classes were all things familiar to Mexicans of this area. The first three were stuffed animals (peluches) indigenous to this area of Mexico. We sewed a toucan bird (tucan), opossum (tlacuache) and a frog (rana). For the fourth class we sewed sugar skulls (calavaras) that are traditional for the Mexican celebration of Day of the Dead (Dia del muerte).

One of the major differences I saw in teaching kids in Mexico vs. the kids that I teach here in New Jersey is how much more willing the Mexican kids are to jump into something new and figure it out along the way.

I noticed right away that once I gave them the supplies and some basic instructions for the sewing project, the students I worked with at La Escualita literally dove into the project, figuring out how to make it along the way.

They didn’t stop right away to ask the next step, but instead looked at the project and though to themselves about how they could accomplish it. Then when stuck, they would ask for help. But I have to admit, the asking for help came a lot later than it would have in a class of kids of the same age here in my sewing program in the states.

In addition to teaching, I was able to spend some downtime in Tulum, Mexico. I had a blast exploring the beaches & ruins, riding my bike rental up and down the coastline, eating tons of seafood and just relaxing. My time in Tulum, before I went to teach at the school was my first time solo vacationing. I have to admit I was a little nervous before I got there, and the state department travel warning a friend sent me before I left, didn’t help. But once I landed, I had a sense of peace and empowerment that only comes from traveling alone. I met some of the nicest people, stayed in modest, yet amazing   accommodations (thanks Airbnb & Casa Selve Orquideas) and not once did I feel scared traveling alone in Mexico! I HIGHLY recommend a trip to Mexico soon! AND I also HIGHLY recommend traveling solo to anyone. There’s nothing quite like it!

Can’t Wait to Do this Again

There was something so special teaching a hands on sewing project to a group of kids who  dont have access to this on a daily basis. I’ve heard that schools in Mexico teach in a very different way and there is not a lot of room for digging in and creating something from scratch like you can with a sewing project. My time in Macario Gomez was life changing and I know that I’ll be back to this school one day to teach them some more sewing. 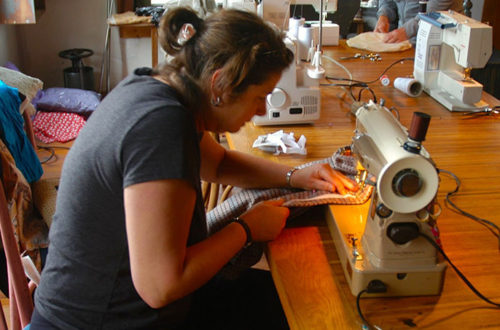 Get Away & Be Inspired at a Sewing Retreat 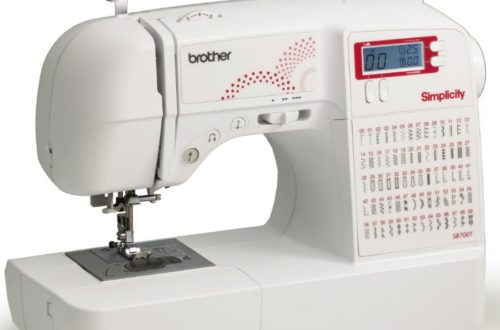 My 3 Must Have Sewing Machine Features 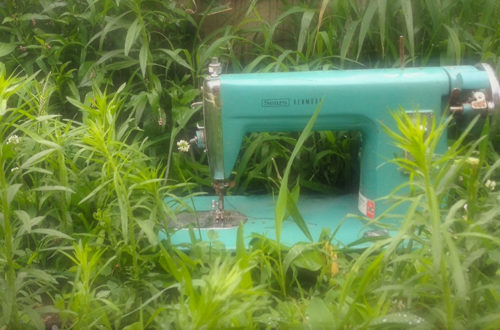 Sewing as a Daily Spiritual Practice